Why is American Football called "Football"? 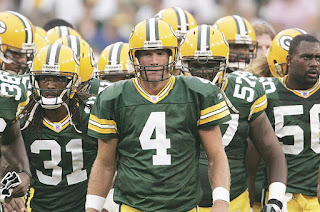 Internationally, "Football" means Association Football or Soccer. The term "soccer" originated in England, first appearing in the 1880s as an Oxford "-er" abbreviation of the word "association". Personally, I think "Soccer" would have been a better name for American football, as it is all about socking (or sacking) the man with the ball. But the history of the name, still makes sense.


The history of American football can be traced to early versions of rugby football and association football. Both games have their origins in varieties of football played in the United Kingdom in the mid-19th century, in which a ball is kicked at a goal and/or run over a line. Many games known as "football" were being played at colleges and universities in the United States in the first half of the 19th century.

American football resulted from several major divergences from rugby football, most notably the rule changes instituted by Walter Camp, considered the "Father of American Football". Among these important changes were the introduction of the line of scrimmage and of down-and-distance rules. In the late 19th and early 20th centuries, game play developments by college coaches such as Eddie Cochems, Amos Alonzo Stagg, Knute Rockne, and Glenn "Pop" Warner helped take advantage of the newly introduced forward pass.

The popularity of collegiate football grew as it became the dominant version of the sport for the first half of the twentieth century. Bowl games, a college football tradition, attracted a national audience for collegiate teams. Bolstered by fierce rivalries, college football still holds widespread appeal in the US.

The origin of professional football can be traced back to 1892, with William "Pudge" Heffelfinger's $500 contract to play in a game for the Allegheny Athletic Association against the Pittsburgh Athletic Club. The first Professional "league" was the Ohio League, formed in 1903, and the first Professional Football championship game was between the Buffalo Prospects and the Canton Bulldogs in 1919. In 1920, the American Professional Football Association was formed. The first game was played in Dayton, Ohio on October 3, 1920 with the host Triangles defeating the Columbus Panhandles 14–0. The league changed its name to the National Football League (NFL) two years later, and eventually became the major league of American football. Initially a sport of Midwestern industrial towns in the United States, professional football eventually became a national phenomenon. Football's increasing popularity is usually traced to the 1958 NFL Championship Game, a contest that has been dubbed the "Greatest Game Ever Played". A rival league to the NFL, the American Football League (AFL), began play in 1960; the pressure it put on the senior league led to a merger between the two leagues and the creation of the Super Bowl, which has become the most watched television event in the United States on an annual basis.

So that is why, in America, we call the greatest sport ever, "Football"!

Email ThisBlogThis!Share to TwitterShare to FacebookShare to Pinterest
Labels: 2011, America, Football, The World