Who were the 4 Evangelists? 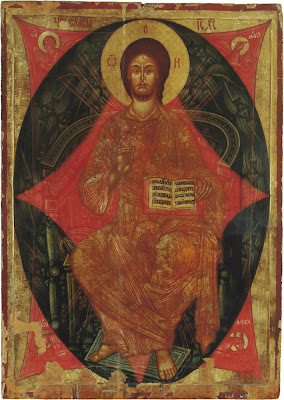 In Christian tradition the Four Evangelists are Matthew, Mark, Luke, and John, the authors attributed with the creation of the four Gospel accounts in the New Testament that bear the following titles:


The gospels of Matthew, Mark, and Luke are known as the Synoptic Gospels because they include many of the same stories, often in the same sequence. Convention has traditionally held the authors to have been two of the Twelve Apostles of Jesus, John and Matthew, and two were "apostolic men," on the 70 disciples, Mark and Luke:


They are called evangelists, a word meaning people who proclaim good news, because their books aim to tell the good news of Jesus.

In iconography the evangelists often appear in Evangelist portraits derived from classical tradition, and are also frequently represented by the following symbols, which originate from the four "living creatures" that draw the throne-chariot of God, the Merkabah, in the vision in the Book of Ezekiel (Chapter 1) reflected in the Book of Revelation (4.6-9ff), though neither source links the creatures to the Evangelists. They are normally, but not invariably, all shown with wings like angels. The meanings accruing to the symbols were fully expressed by Rabanus Maurus, who set out three layers of meaning for the beasts, as representing firstly the Evangelists, secondly the nature of Christ, and thirdly the virtues required of a Christian for salvation:


Each of the symbols is depicted with wings following the biblical sources first in Ezekiel 1-2, and in Revelation. The symbols are shown with, or in place of, the Evangelists in early medieval Gospel Books, and are the usual accompaniment to Christ in Majesty when portrayed during the same period, reflecting the vision in Revelations. They were presented as one of the most common motifs found on church portals and apses, as well as many other locations. When surrounding Christ, the figure of the man is usually at top left – above Christ's right hand, with the lion above Christ's left arm. Underneath the man is the ox and underneath the lion is the eagle. This both reflects the medieval idea of the order of "nobility" of nature of the beasts (man, lion, ox, eagle) and the text of Ezekiel 1:10. All four evangelists are all Jesus's disciples.