by Jung Chang was a good book comparing and contrasting the lives of her grandmother, a woman of Imperial China, her mother, a daughter of the Communist Revolution, and herself, an expatriate and anti-Maoist. The story is very good, although I think her editor failed her in jumping around in time too much. Chang has been accused of severe anti-Maoist distortions, but I have no way to prove or disprove this. I just know that this book is a very interesting look at China from the early 1900's to today and I would recommend it to any fan of China or history.

Factory Girls: From Village to City in a Changing China

by Leslie Chang is a fascinating look at the culture of the factory girls who come from rural China and work the factories of industrial urban China. Over the years things have changed and this has changed the power structure and traditions of China for these girls and their families. This book is a very good introspective of these girls. However, seemingly out of nowhere Chang starts putting her family history in the book. Rather than adding to the book, it distracts from it. Her family history is still very interesting, and not unlike that of "Wild Swans", but I feel that part should have been left for its own book and "Factory girls" should have been left to focused on just the factory girls, which Chang never was.

While both books have serious flaws, I would still recommend them to anyone interested in the sociology of modern and recent China.

I always thought he was singing, "Where is your best?" I think there was a more powerful message in my misunderstanding!

So you're in the air,
But you still don't have a t'ing to spare.
You're flying high,
While we're on the low, o-o-oh

Stop tellin' me the same story.
Today you say you deyah. Deyah be.
Tomorrow you say you're gone, and you're not comin' back.
If there is no love in your heart, oh now,
There will never be hope for you. No hope for you.

Email ThisBlogThis!Share to TwitterShare to FacebookShare to Pinterest
Labels: 2008, lyrics, The World

I agree with these thoughts about China after having been an often visitor to this land as well: Sinotized: It's Not Like We Were Taught
No comments: 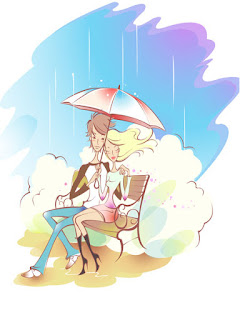 This is from my friend LI Wan, who translated this in to English for a friend of hers.

Taboo, belonging to the category of folk culture, is a cultural phenomenon. China is a multi-ethnic country, and different nations have different totems and taboos. Taboo is the source of moral and civilization. All the Chinese people have regarded long as a totem and worshiped long all the time. When Spring Festival or other Festivals come, people in almost all areas of china will give an performance of dragon dance. In Dragon Boat Festival people will have a dragon-boat race, which reflects the nation's positive and never-give-up spirit.

And just in case you missed it QQ for Linux 1.0 Preview 2 is now available at http://im.qq.com/qq/linux/ as a Tarball, a RPM (SuSe, Fedora), DEB (Ubuntu), and even an installer for Lemote Loonux.