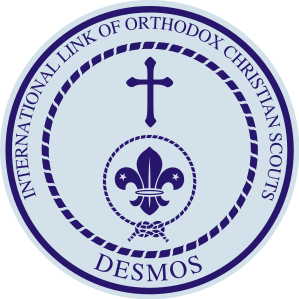 The International Link of Orthodox Christian Scouts (DESMOS, from Greek "Δεσμός", bond) is an autonomous, international body committed to promoting and supporting Orthodox Scout associations and to be a link between the Scout Movement and Orthodox churches.

DESMOS was founded in 1994 at the holy site of the Penteli Monastery in Athens, Greece, with the mandate of the World Scout Bureau, in consultation with the Deputy Secretary General of the World Organization of the Scout Movement, and with the blessing of His All Holiness, Ecumenical Patriarch of Constantinople, Bartholomew I.

The object of the Link is as follows:
Member organizations include: