For those who are Google translator challenged, "Insane Ramblings..." is part of this blog's name. It is, and always has been, called "Insane Ramblings... and Orthodox Ecclesiology". I excel at the former (but not THIS good!), and I leave to your judgment how well I do at the later. Anyway, here are some insane ramblings for today. 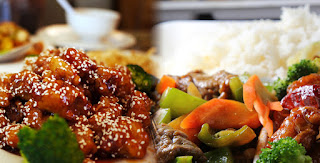 The Chinese Restaurant Review Blog that never was...
I have long talked about reviewing Chinese Restaurants, as there are both good and bad ones in every city. In the last week I have experienced the über-disappointing "China Lantern" and the surprisingly excellent "Chong's Cafe Express" in Pueblo, Colorado, U.S.A..

Broken Glasses, Hidden Contacts...
This week my glasses broke while I was reading at home. So after a long time of not wearing them, I am back to wearing contacts every day. I had to find the first, as I am still not completely unpacked at our new home. But this super innovative cointact case that I got in ChangSha, HuNan, P.R.C. makes it much more tolerable IMO!

Wagons East...
Yes, for those who did not notice, we are now living in downtown Pueblo. Pueblo West was too expensive (and windy!). We actually love living downtown and it really feels like home. A nice feeling to have until we move again next year.

I am no Longer a Libertarian and am now a Communist...
Well, according to Juvenaly Martinka I am anyway. I think that is meant as a compliment as he is a big fan of KGB Agents Drozdov & Mikhailov. :-P Speaking of Facebook, I just was found by 2 friends that I have not seen or heard from in about 15 years! Since 1993 when my 16-year old daughter was only 1-year old! I wonder how different of a dad I will be with my next 1-year old child?