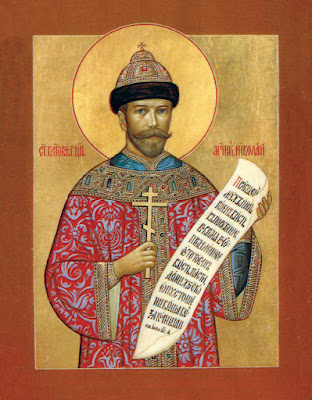 After reading the English language edition of Lord Robert Baden-Powell’s book, "Scouting for Boys", Tsar Nicholas Romanov II immediately issued an order for its translation and publication. An initial printing of 25,000 copies of the Russian edition of "Юный Разведчик" (Young Scout) were issued in 1908.

Oleg Ivanovich Pantyukhov was born in Kiev on 25 March 1882, to a family of a military physician and an anthropologist. From 1892 to 1899 he studied at Tiflis cadet school. During his studies he became a member of the group named Pushkin Club. The group was somewhat similar to the modern Boy Scouts. Every weekend they went on hiking trips with camping in the nearby mountains.

From 1899 to 1901, Pantyukhov studied at the Pavlovsk Military School. After graduation he became an officer of the Leib Guard (Russian Imperial Guard) 1st infantry battalion stationed in Tsarskoye Selo. In 1908 he married Nina Mikhaylovna Dobrovolskaya, who later became one of the pioneers of the Girl Guide movement in Russia.

He organized the first Russian Scout Troop in Pavlovsk, on 30 April [O.S. 17 April] 1909. The Beaver Patrol, consisting of seven boys, built a campfire in the woods of Pavlovsk Park. A Russian Scout song exists to remember this event. By late 1910 scout organizations existed in Tsarskoye Selo, St. Petersburg and Moscow.

Tsar Nicholas II extended a personal invitation to Lord Baden-Powell to visit St. Petersburg and Moscow in 1911. The Tsar personally received the Boy Scout leader in his study in the Alexander Palace on 2 January 1911.

“There was no ceremony about him,” Baden-Powell recorded in his diary. “He shook hands and, speaking in very good English, asked me about my visit and then went on to talk about the Boy Scouts.” They then had “a very cheery talk (no one else present) of over half an hour,” after which they parted. 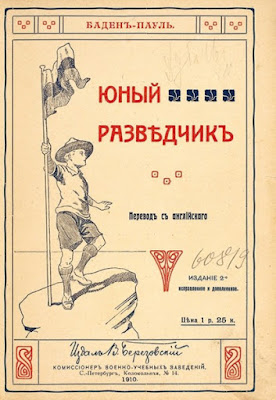 Baden-Powell departed fully convinced that the Tsar was absolutely sincere, and that he had “grasped the idea” of scouting. There is no question of Nicholas II’s interest in scouting was clearly genuine. Apart from ordering the Russian publication of "Scouting for Boys", he personally arranged to meet its author. With Baden-Powell installed in the Imperial capital’s grand Hotel de France, the Tsar could have left any official interview to one of his ministers. Instead, he issued a private invitation through the British Embassy, a request that apparently took his visitor by complete surprise.

This encounter was also quite unlike those with his Ministers and Duma politicians, meetings that the Tsar could not avoid, however much he disliked the advice they forced upon him. Put differently, with Baden-Powell it was Nicholas and Nicholas alone who both took the initiative and the agenda, and had no need to disguise his opinions or dissemble behind a mask of good manners.

The Tsar had explained to Baden-Powell how he had ordered the translation and publication of the Boy Scout handbook and reviewed the first Russian Scout detachment, and went on to outline his hopes for the movement. According to Baden-Powell, Nicholas II was “much impressed by the possibilities which lie in the Movement for developing discipline, patriotism and character,” and approved “teaching the boys by methods which really appealed to their imagination and keenness.”

In 1913 Oleg Pantyukhov wrote a book named “Спутник Бойскаута” (The Boy Scout Companion). Pantyukhov met Tsar Nicholas II and presented a Scouting badge for the Tsar's only-son, Tsesarevich Alexei, who had formally became a Scout. In 1914, Pantyukhov established a nationwide society called Русский Скаут (Russian Scout). Scouting spread rapidly across Russia and into Siberia, and by 1916 there were about 50,000 Scouts in Russia. When Baden-Powell traveled by train to Moscow to meet the central committee of the Scout Organization in Moscow, he met and passed about 3,000 Scouts. 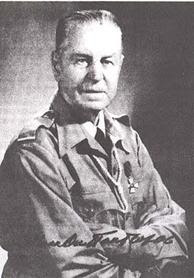 During World War I Pantyukhov received the Cross of Saint George, for bravery. With the advent of communism after the October Revolution of 1917, and during the Russian Civil War from 1917 to 1922, most of the Scoutmasters and many Scouts fought in the ranks of the White Army and interventionists against the Red Army. During the October Revolution of 1917, he was the leader of the cadets who unsuccessfully defended the Kremlin from the Bolsheviks. In 1918, a purge of the Scout leaders took place, in which many of whom perished under the Bolsheviks. Those Scouts who did not wish to accept the new Soviet system either left Russia for good, like Pantyukhov and others, or went underground. In 1919 in Novocherkassk (controlled at the time by the White Army), Pantyukhov was unanimously elected the Chief Scout of Russia.

For more about Scouting in Russia, including Russian Scouting in Exile and its rebirth in Russia after the fall of the Soviet Union, please see the article, Orthodoxy and Scouting in America and Throughout the World.


NOTE: This blog post is based on an article by Paul Gilbert of TsarNicholas.org but has been modified and edited.