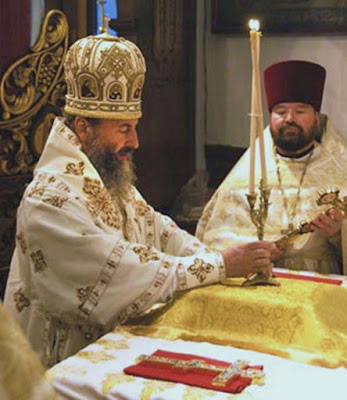 The Russian Orthodox Church has made colossal achievements in its revival over the past 20 years, the Moscow Patriarchate said.

"In 1991, the Russian Orthodox Church had 12,000 parishes, 117 monasteries and convents, two theologian academies, seven theologian seminaries, 16 theologian colleges and four schools. In 2011, we have 30,675 parishes, 29,324 priests, 3,850 deacons and 805 monasteries and convents. The number of theologian educational establishments has increased, too," Vladimir Legoida, the head of the Synodal Information Department, said at a news conference at Interfax on Monday.

"Twenty years is not much in the history of a Church on the one hand, but on the other, the achievements made since 1991 are colossal," he said. Spiritual revival is only at its start, he also said. The spiritual revival of present-day Russia will be in the center of an exhibition and forum, Orthodox Rus, to be held in Moscow on November 4-7, he said.