Thomas the Tank Engine and His Racist Friends, "The Steam Team" Part Three: Steamies vs. Diesels 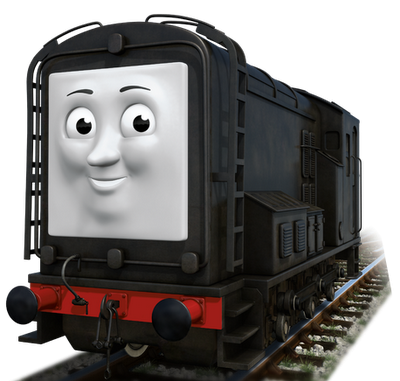 So from my previous blog posts [PART ONE] [PART TWO] you may have gotten the idea that I do not like Thomas and Friends. But actually I do. I have no problem criticizing something I like. I actually never liked Thomas the Tank Engine growing up or when my now almost 20 year old daughter was growing up either, but as a father, I get in to whatever my children are in to. You can ask my daughter, there was no father who ever knew so much about Sailor Moon and the Sailor Scouts or the Various Little House on the Prairie Series(Yes, there were many, going over multiple generations!). But even with that, she had different avorite characters than I, and the same is true with my son.

My son loves Thomas, Percy, Toby, and Diesel 10 the most. Me, I like Diesel, Hiro, Spencer, and Mavis the best. Maybe that is why I noticed the anti-diesel "racism" of the Steam Team. But besides that, I like the series because each character is very different and has flaws that they have to overcome to get the job done. Plus the catchy songs teach children valuable virtues, like patience. The Reverend Priest Wilbert Awdry should be proud of what came from his bedtime stories to his son, Christopher.

This series is concluded in Part Four. After that, this whole topic is spun out unto its own blog at STEAMIES VS. DIESELS, which you can find at http://steamiesvsdiesels.blogspot.com/.