Scouting in China and Chinese Territories 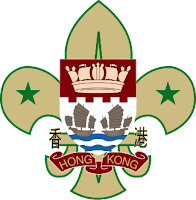 The Hong Kong branch became an autonomous association and the 111th member of the World Organization of the Scout Movement (WOSM) in 1977.

Macau: The Associação de Escoteiros de Macau (Scout Association of Macau, Chinese: 澳門童軍總會) is the national Scouting association in Macau, China. It is an Associate Member of the Asia-Pacific Region of the World Organization of the Scout Movement, and looks forward for becoming a Full Member at the 2017 World Scout Conference.

Scouting in Macau began in 1911 with Chinese and Portuguese Scout troops. Shortly after, Scouts from China and Portugal started their troops in various schools and communities. The Associação de Escoteiros de Macau was founded on 12 December 1983 with 200 members, revitalizing local Scouting after decades of dormancy. When Macau was transferred from Portuguese administration to China in December 1999, the future of Scouting in Macau seemed uncertain, but as a Special Administrative Region of the People's Republic of China, Macanese institutions are allowed to continue as before. On 20 December 1999, China resumed administration over Macau.

There were 570,000 registered members in 1941. Scouting existed in mainland China before 1949. In 1949, the ROC government withdrew to Taiwan, where it remains today. However, Scouting has continued in Taiwan under the name of the Scouts of China. The organization was reorganized in 1950 after the ROC government was relocated to Taipei, and resumed membership in the International Scout Bureau as Scouts of China. 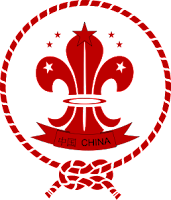 People's Republic of China: Russian Scouts fleeing Bolshevism followed White Russian émigrés from 1917 to 1922 through Vladivostok to the east into Manchuria and south into central China, where very large groups of Russian Scouts came into being in cities such as Harbin, Tientsin and Shanghai. There were also several American Scout Troops in China during the 1920s in Beijing and other cities. In 1930 there were British Boy Scout Troops not only in Shanghai, but also in Tientsin.

Scouting in Mainland China was reported as banned with the establishment of the People's Republic of China (PRC) by the Communist Party since 1949.

However, China now has multiple and originally separate Scouting activities within its borders. In 2004, the Scout Club of Hainan (海南童子军俱乐部), borrowing heavily from Scouting in terms of emblems, uniforms and activities, was founded in Hainan Province; it is, however, not affiliated with worldwide Scouting. An attempt to organize a nationwide Scouting organization in Wuhan was ended by the government in 2004. The Scout Association of the People's Republic of China (中华人民共和国童军总会), founded in 2008 serves Venture Scouts (15 years old to 20) in both genders as well as Rover Scouts (18 years old to 25). The Rover Explorer Service Association operate groups throughout China.
My son is a Scout selling popcorn to fund his pack's Cub Scouts camping trips if anyone would like to assist him in this: https://www.trails-end.com/store/scout/ZXPHQBKI. Thank you in advance for your generosity!