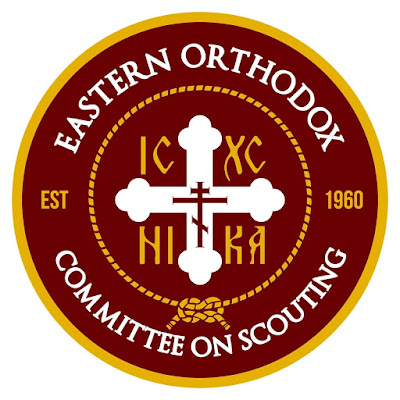 In 1955, Metropolitan Anthony of the Antiochian Orthodox Church, Metropolitan Leonty of the Orthodox Church in America, Archbishop Michael of the Greek Orthodox Archdiocese, and Bishop Orestes of American Carpatho-Russian Orthodox Diocese met with Joseph A. Brunton, Jr., the Chief Scout Executive of the Boy Scouts of America. The prelates came attired in their vestments of office to bestow their blessing of the Boy Scouts of America [BSA] and to make known to their constituents that they wanted all of the BSA's Scouting programs to become a part of the youth programs of the local Orthodox churches.

As a result of this historical meeting, the Eastern Orthodox Committee on Scouting [EOCS] was created in 1960 by the Standing Conference of Orthodox Bishops in the Americas [SCOBA], whose purpose was to conduct the mission of our Lord and His Church via the Boy Scouts of America and the Girl Scouts USA [GSUSA] programs on a national level.  It was the first agency to be be endorsed by SCOBA (now known as the Assembly of Canonical Orthodox Bishops in the United States of America).

The Eastern Orthodox Committee on Scouting supports our youth through an extensive Religious Award program. They have designed the Religious Awards Program around a Scout’s spiritual life. It gives the Scout a chance to work closely with a trained adult Scouter (Scout Leader) and their Spiritual Father (Father Confessor) to earn their award. The unique bond formed at this age is a stepping stone for the rest of their spiritual life.

The four Eastern Orthodox Christian Scouting awards currently offered by the EOCS are as follows:

The Saint George Scouting Award can be awarded to a registered Cub Scout of the Tiger Rank, Wolf Rank ,or Bear Rank in the Boy Scouts of America, Brownies in the Girl Scouts of the U.S.A., or Camp Fire, Trail Life USA, American Heritage Girls members in the 1st, 2nd, or 3rd grade. They also must also be a communicant member of an Orthodox Christian Church recognized by the Assembly of Bishops.

The Chi-Rho Scouting Award can be awarded to any Orthodox Christian boy or girl who is registered as a Cub Scout of the Webelos Rank or Arrow of Light Rank, a Girl Scout Junior, or in Camp Fire, Trail Life USA, or American Heritage Girls. The recipient must be in the 4th or 5th grade and must attend church school, Sunday school, or other formal religious instruction program.

The Alpha Omega Scouting Award can be awarded to a registered Boy Scout, Girl Scout, Sea Scout, Venturing Scout (Venturer), Exploring Scout (Explorer), Maritime Explorer, or a Trail Life USA, American Heritage Girls, or Camp Fire member. They must be a communicant member of an Orthodox Christian Church recognized by the Assembly of Bishops and a student in the sixth through twelfth grade but not yet 18 years old.

The Prophet Elias Scouter Award is for actively registered adult lay volunteers who serve young people in one or more of the following national youth agencies: Boy Scouts of America, Girl Scouts of the U.S.A., Learning for Life, Camp Fire, American Heritage Girls, or Trail Life USA for at least 8 years.


See the endorsement of Metropolitan Tikhon of the Orthodox Church in America (OCA): 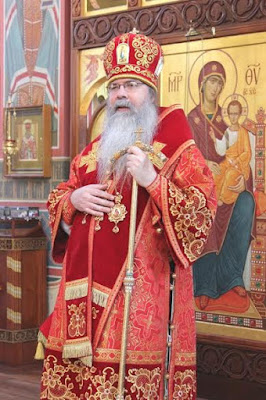 Dearly Beloved of the Lord:

The Eastern Orthodox Committee on Scouting (EOCS) has been serving Orthodox Christians and the Scouting program since 1953 when a pan Orthodox group of clergy and lay people gathered together to consolidate their efforts. By 1960, the new group was established and subsequently was recognized by the Standing Conference of Canonical Orthodox Bishops in America (SCOBA) as the official committee for Orthodox Scouting. Since then the work has continued to great success bringing together all Orthodox Christians involved in the Scouting movement. The Eastern Orthodox Committee on Scouting (EOCS) has since been recognized by the successor of SCOBA, the Assembly of Canonical Orthodox Bishops of the United States of America.

The work of the EOCS is critical and worthy of a blessing. The Committee represents the Orthodox Churches on the national level to Scouting, ensuring that Orthodox concerns and activities are foremost in their work. It provides religious awards for all levels of Scouting and encourage the youth to learn and practice their Faith as Orthodox Christians. It also recognizes the outstanding work done by adult Orthodox Scout leaders through the Prophet Elias award. The Committee provides scholarships to Orthodox Scouts and gather them together for Jamborees around the country. Most importantly, the EOCS assists in establishing and maintaining Scout troops and packs in Orthodox parishes around the country.

As the Primate of the Orthodox Church in America, I wholeheartedly support the work of the Eastern Orthodox Committee on Scouting on behalf of Orthodox Scouts in the United States. I encourage all parishes to support their work in any way that they can, sponsoring Scout troops and packs as well encouraging the Scouts in their parishes to earn their religious award.

May God Bless the EOCS and their continuing good work on behalf of all
Orthodox Churches in the United States.

Assuring you of my Archpastoral Blessings, I remain


See also what Archbishop Demetrios of the Greek Orthodox Archdiocese of America (GOA) has to say about the BSA and these great Scouting Award Programs: 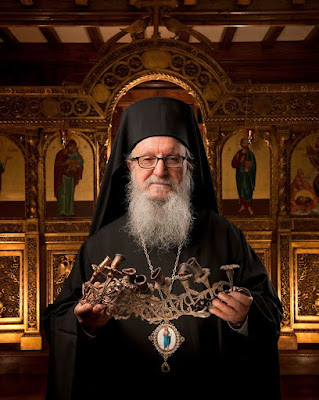 Beloved in the Lord,

For decades, the Greek Orthodox Archdiocese of America has endorsed the Boy Scouts of America (BSA). We have encouraged our young people throughout America to participate in this program by forming Orthodox Scouting Troops in our parishes.

Scouting offers our young people many opportunities for leading a dedicated, Christian life. The BSA principles of Duty to God and country, service to others and respect for self are commendable. Most especially I applaud the twelfth Boy Scout Law that states, “A Scout is reverent, He is reverent to God, He is faithful in his religious duties and respects the convictions of others in matters of custom and religion.” On behalf of the Orthodox Scouting Troops and Leaders throughout America, I am pleased to endorse this worthy program.

With Paternal love in Christ,
+DEMETRIOS
Archbishop of America