Why Were the Jews the Chosen People? PART ONE 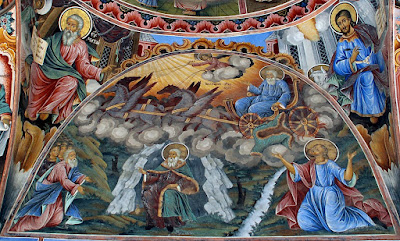 God kept sending prophets and patriarchs to lead the Jews, to correct them when they fell, many times over and over and over again. The Hebrews/Jews were the chosen people for one obvious reason. Because God the Son, the Messiah, Jesus the Christ would be born of them. Once God the Son came, he stopped sending them prophets and patriarchs, as the Faith was opened up to them. It became universal (catholic) and the previously-"Chosen People" rejected God, in the form of Jesus the Christ, the Son of God. You cannot reject God and continue to be God's chosen people.

Now, almost 2,000 years after that rejection, there are all these new so-called "Christian" Faiths saying the Jews are God's Chosen People still and support the WORLDLY heresy of Zionism. This is what happens when you water down and remove portions of God's Word and reject the new Israel, The Church, and instead worship a worldly institution of the secular state of "Israel" which persecutes the Christians living in this Holy Land. It's time to wake up and take a drink of the Truth!

That being said, Revelation makes it clear that modern Judaism, although being called the Synagogue of Satan, will have Jews that realize the truth when Enoch and Elijah return before the return of Christ Our God. My hat has always been thrown in with those that say it will be the Orthodox Jews, who have done the least watering down and secularizing of their original Faith.

To be continued with Bible verses at http://orthodoxscouter.blogspot.com/2012/05/why-were-jews-chosen-people-part-two.html