The Sundays of Great Lent 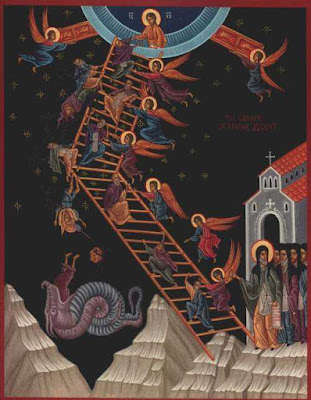 Each of the Sundays of Great Lent possesses special meaning for us as we journey through the Lenten season to Pascha, the Resurrection of our Lord Jesus Christ. Through our awareness of these days and our participation in the liturgical services of the season, we are instructed and inspired to continue our journey with Christ to the Cross, and ultimately to victory over sin and death. The Divine Liturgy of St. Basil the Great will be celebrated on Sundays during the Fast.

Forgiveness Sunday (February 26):
Great Lent begins on a Monday. The eve of this day is known as Forgiveness Sunday. The way to resurrection and life, the path to Christ’s eternal victory over death, begins with forgiveness. God will not forgive us our sins, and raise us from the dead to eternal life, unless we forgive the sins of others and work for their salvation as well as for our own.

Sunday of Orthodoxy (March 4):
On the First Sunday of Great Lent, we celebrate the feast of the Triumph of Orthodoxy. This is an historical feast commemorating the restoration of icons — which had been banned for years from the Churches — to their rightful liturgical use in the year 843 A.D.

The major emphasis of this feast is the victory of the true faith, the victory which always ultimately triumphs. Having completed the first week of our Lenten efforts, we are reminded that Christ, the perfect image (icon) of God the Father, calls us to personal victory by restoring within ourselves “the image and likeness of God” in which we were first created (Genesis 1:26).

The icons of our Lord, the Theotokos (the Mother of God), and all the saints are images of true humanity, signs of our eternal calling and vocation. They tell us that we are all called to be living icons and imitators of Christ, bearing the likeness of God as gracious vessels of the Holy Spirit.

Sunday of St. Gregory Palamas (March 11):
The Second Sunday of Great Lent is dedicated to St. Gregory Palamas (14th century). He was a monk on Mt. Athos — a spiritual bastion of Orthodox Christianity — and later became the Archbishop of Thessalonica. Once again we are reassured, as we contemplate this man and reflect on his teachings, that we can indeed attain salvation and behold the “Light of Wisdom,” by becoming “partakers of the divine nature” (2 Peter 1:4).

St. Gregory clearly teaches that by cooperating with the God who makes all things possible, we can attain eternal life. Thus, our Lenten efforts are confirmed, our resolve is strengthened, and we are filled once more with the light of hope. Historically, theologically, the support of Palamas’ teachings is seen as a Second Triumph of Orthodoxy.

Sunday of the Cross (March 18):
On the Third Sunday of Great Lent we venerate the Life-creating Cross of our Lord. The Kingdom of God comes only through the Cross. Life follows death; Resurrection follows Golgotha.

St. Paul mentions that, in the worldly sense, the Cross is a sign of foolishness, signifying for many only death and sorrow. The faithful, however, look in faith and hope beyond the suffering brought about by the Cross, discerning the loving victory which it truly proclaims. At the Sunday Matins service we sing, “Behold! Through the Cross joy has come into all the world.” The Cross is a sign of victory and the landmark of paradise. It is inseparable from the Resurrection. For this reason we sing on this Sunday: ”Before Thy Cross we bow down and worship, O Master, and Thy Holy Resurrection we glorify.”

The Cross is not only a victory for Christ, “the captain of salvation made perfect through suffering” (Hebrews 2:10). The Cross is a victory for us as well. As we approach Pascha, it stands as a reminder for us to take up our crosses and worthily follow Christ in His suffering and, ultimately, in His eternal victory (Matthew 10:38). On the Third Sunday of Lent the Cross is placed before us in the center of the Church, adorned with flowers, for inspiration and encouragement.

Sunday of St. John of the Ladder (March 25):
On the Fourth Sunday of Great Lent we commemorate St. John of the Ladder (7th century), author of The Ladder of Divine Ascent and abbot of St. Catherine’s Monastery on Mt. Sinai. In his spiritual classic St. John outlines the steps essential for attaining communion with God, steps which remind us that the way to the Kingdom constantly challenges us to engage in spiritual warfare.

St. John is also commemorated during Lent as a model of ascetic effort.

Sunday of St. Mary of Egypt (April 1):
The Fifth Sunday of Great Lent is dedicated to St. Mary of Egypt (4th & 5th centuries). St. Mary was a harlot who, having recognized her sinfulness, sought to bring about an essential change in her life. She ran from her sinfulness and devoted the remainder of her life to placing God’s will above her own. In her person we recall Christ’s words: ”Truly, I say to you, the tax collectors and the harlots go into the Kingdom of God before you” (Matthew 21:31).

The end is drawing near, yet repentance is still possible, even for the greatest of sinners. We see how the harlot repents and is forgiven. There is no sin so great that God will not forgive it; there is no amount of sinfulness which can condemn you if you are willing to repent and to merge your vision with that of our Lord.
”The Lord is merciful and gracious, slow to anger and abounding in steadfast love…For as the heavens are high above the earth, so great is His steadfast love toward those who fear Him; As far as the east is from the west, so far does He remove our transgressions from us. As a father pities his children, so the Lord pities those who fear Him” (Psalm 103: 8, 11-13).

Palm Sunday (April 8):
Great Lent ends on the Friday following the Sunday of St. Mary of Egypt. The next day is Lazarus Saturday which is followed by Palm Sunday. These are days of festal interlude, leading us into Holy Week. On Palm Sunday we greet Christ as King, anticipating the glory of Pascha (Easter). We hold branches in our hands as we sing, “Hosanna! Blessed is He who comes in the Name of the Lord!” At the same time we look ahead to the road to Golgotha upon which Christ invites us to join Him. While we sing praises with our lips, our lives must not cry out with the angry mob: ”Crucify Him! Crucify Him!”

With this in our minds and in our hearts, we enter the days of the Passover of the Cross — the great and holy Pascha of the Lord — the Resurrection.