American Football is the most watched sport in America and growing! 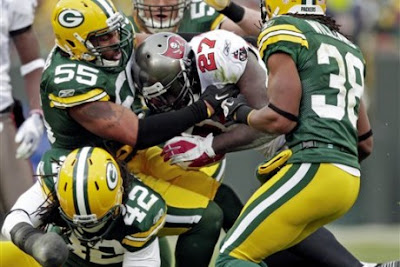 
...The Super Bowl has frequently been the most watched American television broadcast of the year. Super Bowl XLV played in 2011 became the most watched American television program in history, drawing an average audience of 111 million viewers and taking over the spot held by the previous year's Super Bowl, which itself had taken over the #1 spot held for twenty-eight years by the final episode of M*A*S*H. The Super Bowl is also among the most watched sporting events in the world, mostly due to North American audiences ... 2011's Super Bowl XLV holds the record for total number of U.S. viewers, attracting an average audience of 111 million viewers, making the game the most viewed television broadcast of any kind in U.S. history.

From The Nielson Company:


Prime-time television viewership numbers compiled by The Nielsen Co. for Dec. 26-Jan. 1. Listings include the week's ranking and viewership for the week. The Top 5 programs were:

Clearly not a game in decline, no matter what some Soccer elitists would like to claim (And I love soccer too!)

Email ThisBlogThis!Share to TwitterShare to FacebookShare to Pinterest
Labels: 2011, 2012, Football, The World