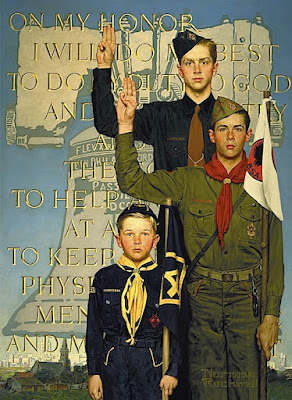 It seems to me, that just like the Scout Law, while not a Christian creed like the Nicene-Constantinopolitan Creed or the Apostles' Creed, the Scout Oath lines up with the teachings of Orthodox Christianity and Holy Scripture.
My son is a Scout selling popcorn to fund his Cub Scouts camping trips with his pack, in case that anyone would like to kindly assist him in this. You can order this week at this link:  https://www.trails-end.com/store/scout/ZXPHQBKI Please be sure to use key code 3311354687 if it asks for one. Thank you in advance for your generosity!