The world's coolest nationalities: Where do you rank? 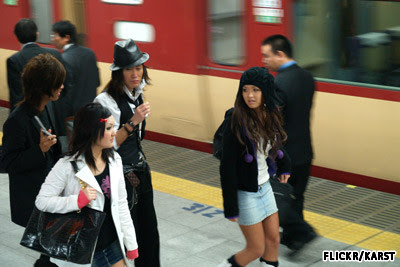 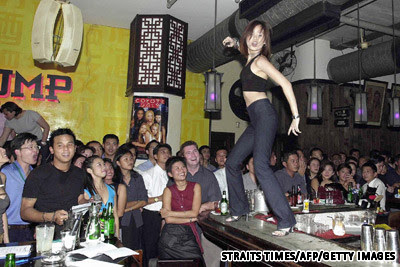 Is it possible to call an entire nation cool? Is it fair to say one nation is more cool than another?

Given that most countries have their own share of murderers, tyrants and reality TV stars, the answer is unequivocally -- yes.

To help sort the cool from the less fortunate, we’ve compiled this list of the hippest peoples on the planet. No easy task when faced with almost 250 possible candidates.

The main problem is, of course, every nationality in the world believes it is the coolest -- with the exception of Canadians, who are far too self-deprecating for that sort of thing.

Ask a man from Kyrgyzstan which people cut the biggest dash and he will say, "the Kyrgyz." Who knows (seriously, who would know?) he might be right.

, gaze wistfully across the Thai resort of Phuket

at the sunshine that eludes his country for 10 months of the year, then mumble softly, with a semi-suicidal lack of conviction: "Norwegians."

Equally perplexing is how to define cool. Are Italians cool because some wear tightly fitting designer suits? Are the Russians uncool because some favor outmoded sportswear and pro-wrestling hairstyles?

Are the Swiss too neutral to be cool or uncool?

Before you start punching your computer screen in nationalistic indignation at your own country's omission from our cool list -- or the lazy stereotypes it inevitably falls back on for cheap laughs -- remember, if you care that much about being cool then you, valued reader, simply ain't cool.

Given that their homeland straddles two continents, it should be no surprise that Turkish people have a fairly cool outlook on life, embracing a diverse range of cultures, cuisines and plumbing standards.
Bathroom fittings aside, the Turks display their rich heritage with casual pride -- nowhere more so than in the shabby but breathtakingly beautiful city of Istanbul, home to one of the liveliest nightlife scenes either side of the Bosphorus.

. One of the Internet’s first global celebs, Cagri’s broken English overtures to women (particularly his catchphrase “I kiss you”) is believed to have inspired Borat

Not so cool: The Turkish passion for mustaches gets up some people’s noses.

Yep, you read that right: Belgians.

OK, so it's small, damp and has a grim rep as a haven for European Union bureaucrats and sex offenders. But a nation that has made art forms of beer, chocolate and, yes, finch warbling can't be all bad.

In the past three years, Belgium has been hit by a political crisis that has left it without a government for months on end. In most countries, that would trigger anarchy, looting and offshore piracy. Belgians, however, have nonchalantly been getting on with it.

Not so cool: No matter how you look at it, it's still Belgium.

Like all pimps and players, you’ve never seen a Nepalese in a hurry to get anywhere. Yet from this mellow-gold group have also come the feared Nepalese Ghurkas

, among the toughest fighting men in the world, and Sherpas, who you might know as semi-outdoorsy types.

, but casually stepped aside and let his hiking buddy hog all the credit.

Not so cool: Draconian government regs and local ne’er-do-wells turn off a fair amount of travelers.

Not the most obvious choice, but with a population of more than one billion, statistically China must have its fair share of cool people. Besides, it's prudent to include the Chinese in any list like this because, if we didn't, China's resourceful hackers would simply crack into the site and add themselves anyway.

Not to mention, they’ve coolly managed to accumulate most of the world’s hard currency.

-- a homeless man whose rugged good looks unwittingly made him an Internet fashion sensation.

Not so cool: Concept of personal privacy still largely unknown in the Middle Kingdom

With a tax-evading Wesley Snipes

and a vacationing Angelina Jolie

entourage always a risk in Namibia, it falls to neighboring Botswana to pick up the regional cool crown.

So chilled it's a wonder the Kalahari desert doesn't frost over, the Batswana -- as they prefer to be known -- cut their own groove, particularly when riffing home-grown gumba-gumba jazz or laid-back hip hop.

Even the animals are relaxed in Botswana. Home to Africa's largest elephant population, the country chooses not to fence in its wild beasts like some other safari nations.

. Crowned Miss Universe in 1999, Kwelagobe actually made good on those "I want to make the world a better place" pledges, campaigning relentlessly for HIV/AIDS awareness.

Not so cool: One of the worst HIV/AIDS infection rates in the world.

at his sweaty best.

Japan's torch of cool is defiantly held aloft by its shock-haired adolescents whose capricious embrace and manipulation of the freakiest aspects of modern consumerism, fashion and technology frequently dictate what the rest of the world will be wearing (we mean you, Lady Gaga) and doing with its thumbs.

may have been the coolest-looking world leader ever, but former Prime Minister Yukio Hatoyama is our choice for leading man. Forget teenagers, this man knows style, particularly when it comes to shirts.

Not so cool: Japan’s legacy of mass conformity and ageing population. The future is very gray.

Before everyone realized a couple of years ago that all that money wasn't real, most of northern Europe was flocking to Spain to spend it on vacation homes.

Why? Because sun, sea, sand, siestas and sangria aside, Spain is cool -- and so are the Spanish, who don’t even start the party until most other nations have gone to bed.

It's a shame everyone had to go home.

Not so cool: We still haven’t forgotten the Spanish Olympic basketball team’s slant-eyed “tribute” to China in 2008.

What? Americans? War-starting, planet-polluting, over-consuming, arms-bearing Americans? Surely we can't be suggesting that the people who voted George W. Bush

into the White House (twice!) are cool?

Yes we are because, like it or not, we must.

The evidence is legion. Global politics aside, the world has done rather well out of Americans. Where would the hipsters of today be without rock and roll, classic Hollywood films, great American novels, tail fins, blue jeans, jazz, hip hop, “The Sopranos

,” 360-degree slam dunks and that ultimate embodiment of cool -- surfing?

OK, someone else might eventually have come up with the same ideas, but the point is they didn't and America did.

. So cool he left the country, went to Europe, moved in with a French model and tried to become Keith Richards

Along with a carefully crafted air of quiet mystery, these unflappable souls pretty much perfected the freewheeling, nomadic cowboy existence, throat singing and yurts. Fur-lined everything -- boots, coats, hats, undies -- adds hearty splendor to the historic mystique. And who else keeps eagles as pets?

's wife in the very cool film, “Mongol,” and matched the arch badass arrow for arrow, barb for barb.

Not so cool: Yak-based dairy products … at every meal.

There's more to Jamaicans than reggae, including Rastafarian (the most kick-back religion ever invented), an accent that’s the envy of the English-speaking world and the planet’s most distinctive and recognizable hairstyle. Note to backpackers: dreadlocks only cool on actual Jamaicans.

. The “Harder They Come

Not so cool: High murder rate and widespread hate crimes.

Think about it: in this digital age where blogging and updating Facebook are pretty much all that anyone does anymore, old school notions of cool have been rebooted. No longer the laughingstock, geeks are now inheriting the Earth.

With its absurdly computer-literate population, Singapore is geek central and its people can therefore claim their rightful place as avatars of modern cool. They’re probably all Tweeting about it right now.

Not so cool: With everyone stuck at their computers, the local government actually has to encourage Singaporeans to have sex with their spouses.

Unless they're using their sexy, laid-back, party-loving reputation as a cover for exterminating dolphins or invading Poland, then we have no choice but to name Brazilians as the coolest people on the planet.

So, if you're Brazilian and reading this, congratulations -- although, since you're sitting at a computer instead of showing off your six-pack on the shoreline, you probably aren't that cool yourself.

was from Brazil, not space.

Not so cool: Mmmmm, Brazilian meat and cocoa -- so delicious, but farming's destruction of vast tracts of rainforest leaves a bitter aftertaste.