The Anti-Epiphany of Modern Neo-Christians 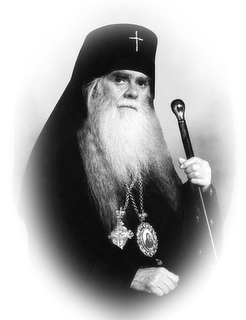 ... Without the cross, without struggle, there can be no salvation! This is what true Christianity teaches. The teaching on struggle, on the bearing of the cross, runs like a scarlet thread throughout all the Sacred Scriptures and all of the history of the Church; and the lives of those holy ones who were pleasing unto God, the spiritual athletes of Christian piety, clearly bear witness to this....

... But now, in the 20th century of the Christian era, "wise men" have appeared--"neo-Christians" as some of them refer to themselves--who do not wish to hear of this. They preach a new sort of saccharine, sentimental, rosy-hued neo-Christianity devoid of all labour and struggle, and imaginary, all-uncompromising pseudo-Christian love and the unrestricted enjoyment of all the delights of this transitory earthly life. They totally ignore the innumerable passages in Holy Writ which forcefully and eloquently speak of spiritual struggles, of emulating Christ the Saviour in crucifying oneself, of the many sorrows which await the Christian in this life, beginning with words which Christ the Saviour Himself addressed to his disciples at the Mystical Supper: In the world ye shall have tribulation (John 16:33). And this is because, as the Lord Himself explained, true Christians are not of the world (1 John 5:19). This is why Christians must not love this world and the things that are in the world (1 John 2:15); the friendship of the world is enmity with God, and whosoever therefore will be a friend of the world is the enemy of God (Iakavos/James 4:4).

These modern "wise men" somehow fail to see that the Word of God nowhere definitely promises Christians full spiritual satisfaction and paradisaical blessedness in this earthly life, but, quite the contrary, emphasizes that life on earth will move further and further away from the Law of God; that, in respect to morality, men will fall lower and lower (See 2 Timothy 3:1-5); that all that will live Godly in Christ Jesus shall suffer persecution. But evil men and seducers shall wax worse and worse, deceiving, and being deceived (2 Timothy 3:12-13); and that, finally, the earth also and the works therein shall be burned up (2 Peter 3:10). But there will appear new heavens and a new earth, wherein dwelleth righteousness (2 Peter 3:13)--a wondrous new Jerusalem, coming down from God out of Heaven (Apocalypse/Revelation 21:2), which was shown to John, the beholder of mysteries, during the revelation accorded him.

All of this is not to the liking of the "neo-Christians." They want blessedness here in this world, burdened with its multitude of since and iniquities; and they await this blessedness with impatience....

... What is the reason for this? One might say, because they are weak of faith, or lacking entirely in faith in the resurrection of the dead, and the life of the age to come. For them everything is in this earthly life, and when it ends for them, everything does....


-Archbishop Averky of Blessed Memory
Sermons and Speeches Volume No. 3
Pages 259-265 'On "Neo-Chiliasm"'