Invasion of the Super-Fruits!

Who or what are the 12 superfruits? 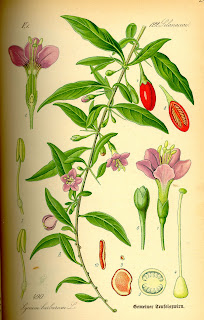 Apples, Oranges, Tomatoes, Strawberries, Black Cherries, Red Raspberries, and Blackberries achieve many of the criteria to be superfruits.

Many juices lately have been marketed including one or more of the above super-fruits and Resveratrol (Reservatrol comes from super-fruits such as grapes and mulberries), but what are the advantages of the Super-Fruits?So why has no company made a juice from all of these 12 super-fruits, the 7 reservist super-fruits, and the one fruit not listed that seems to be in every super-fruit concoction... Pear.

But what good is pear juice, other than a pleasant taste?

Pears can be useful in treating inflammation of mucous membranes, colitis, chronic gallbladder disorders, arthritis, and gout. Pears can also be beneficial in lowering high blood pressure, controlling blood cholesterol levels, and increasing urine acidity. They are good for the lungs and the stomach. Most of the fiber is insoluble, making pears a good laxative. The gritty fiber content may cut down on the number of cancerous colon polyps. Most of the vitamin C, as well as the dietary fiber, are contained within the skin of the fruit.

I think the pear should be the 8th reserve super-fruit, giving us, truly, 20 delicious super-fruits to choose from.